The Chakras And Their Functions

Chakras or whirling energy centers are very important parts of the energy body.

This handbook puts together teachings of Master Choa Kok Sui on the energy body and its major chakras. He first publicly revealed the secret of the 11 major chakras in 1987, in his book The Ancient Science and Art of Pranic Healing, now retitled Miracles Through Pranic Healing.

Later in 2000, he further revealed the existence of a 12th chakra in his book Achieving Oneness with the Higher Soul formerly entitled, Meditations for Soul Realization.

Based on a lifetime of research and experimentation on life energy or prana, the author transformed abstruse ideas into simple concepts and energy principles with practical applications.

His works demystified ancient teachings such as Pranic Healing and Arhatic Yoga making them scientific, standardized an accessible to modern man. 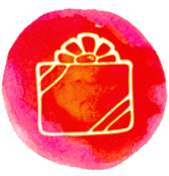